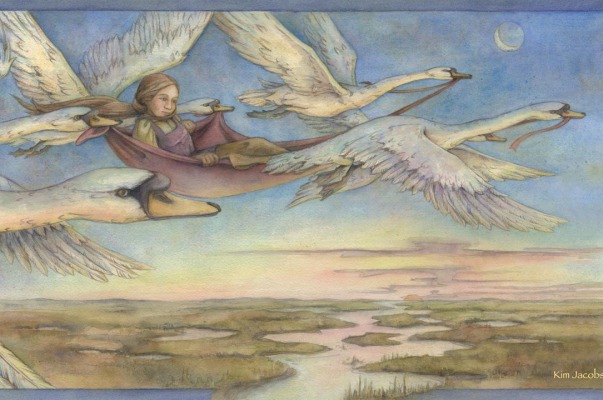 Welcome to the World

Kim has been illustrating professionally for 40 years. Her art has appeared in books and on a wide array of gifts, toys, fine art prints, greeting cards, calendars and stationery. Products featuring Kim's work have sold in the millions throughout the world.

A devoted following has grown to admire and collect Kim’s published work and licensed products. If you are already a fan of Kim’s art, she sends heartfelt thanks for your patronage over the years and if you are new to her work, 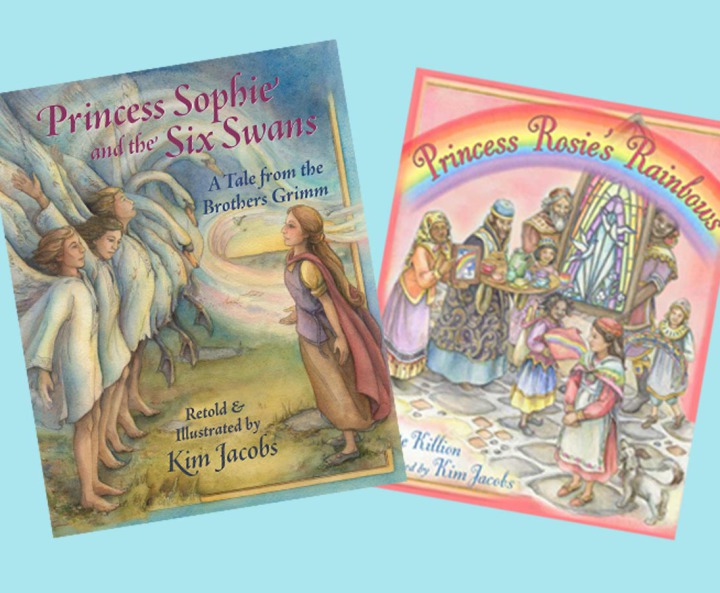 Buy your signed and personalized copy 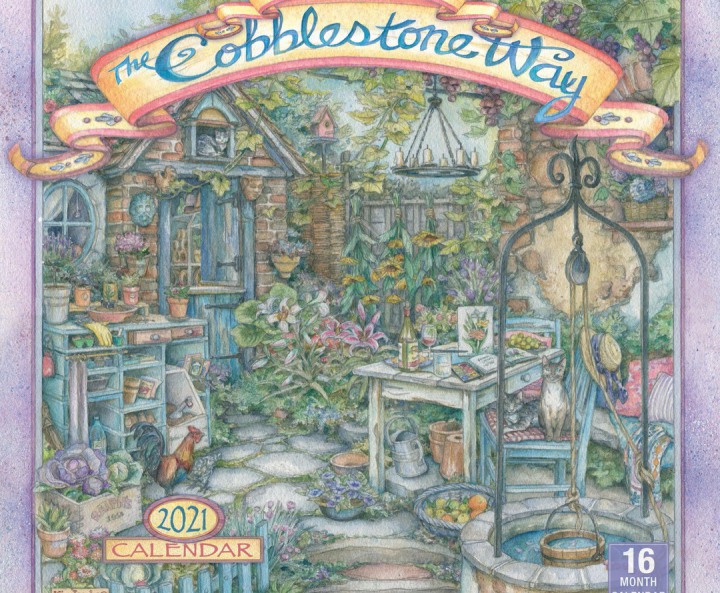 The Cobblestone Way Calendar Kim's 32nd year of creating calendars for you! Buy the 2021 calendar and other of Kim's products dircectly from her at her online store. Many the products available there collectables availabe only from her archives.

Kim is happy to inscribe and sign her books, calendars and prints. 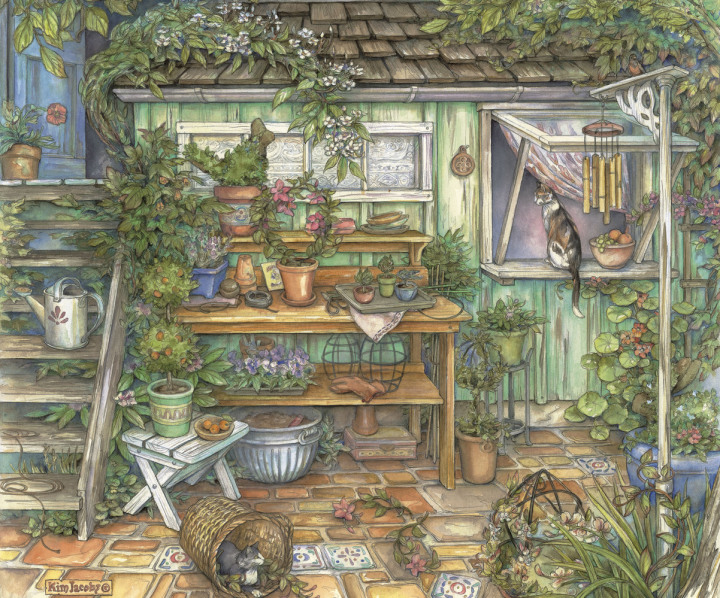 Artwork Available for Licensing and Purchase

Kim is represented for product licensing by Art Licensing International

To see a catalog of the nearly 400 images available for licensing and for all  licensing inquiries, click on the link below.

For info on purchasing an original painting,

Buy other products directly from Kim at these locations 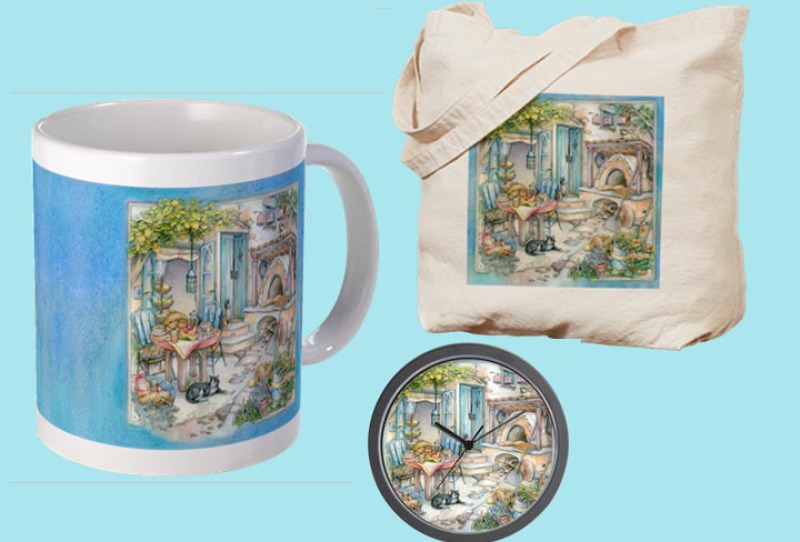 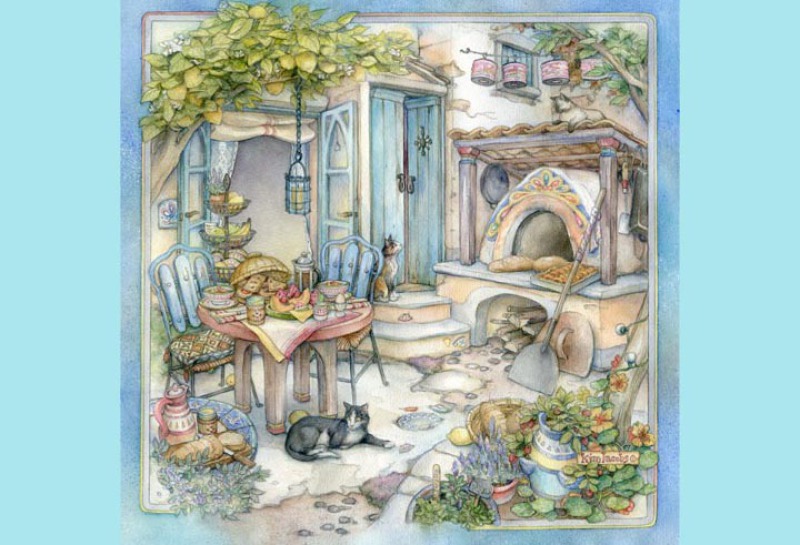 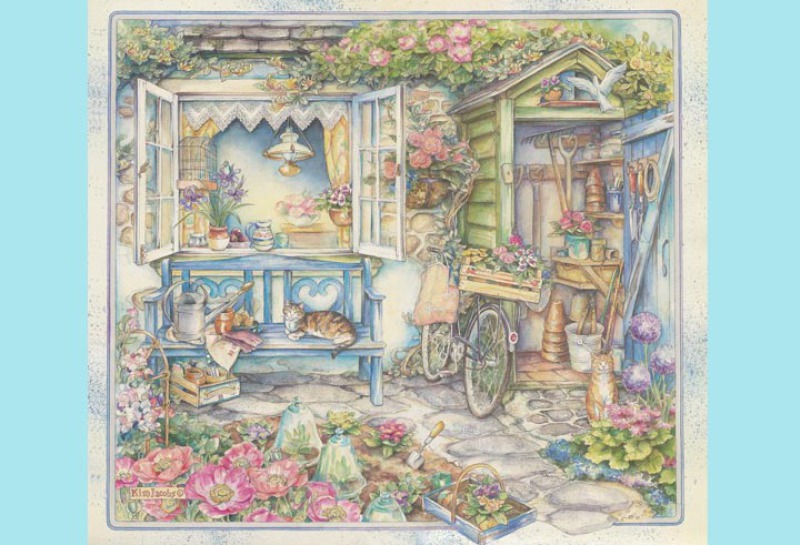 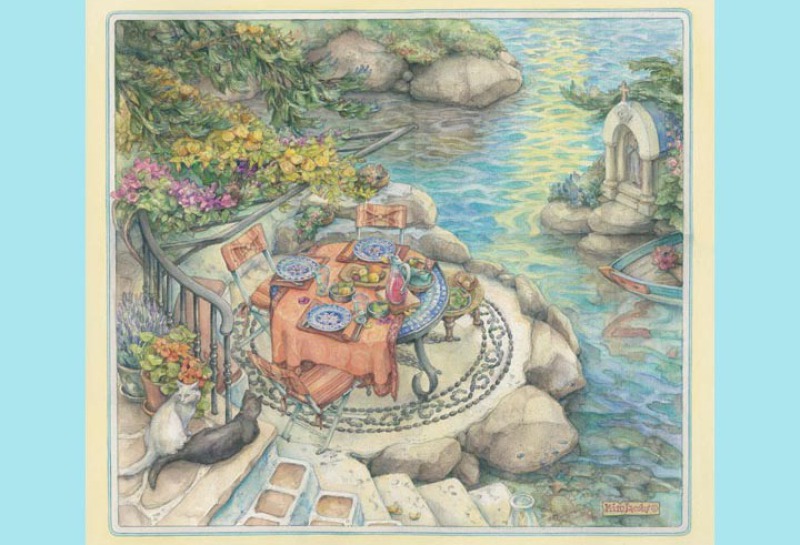 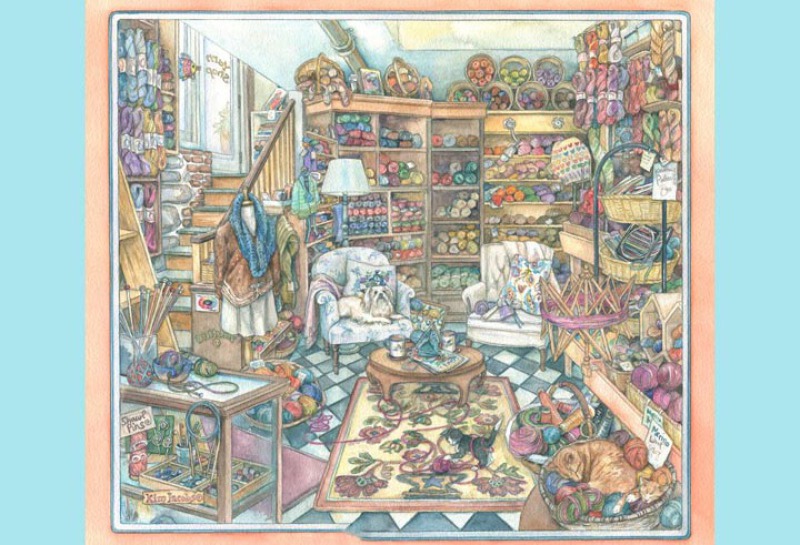 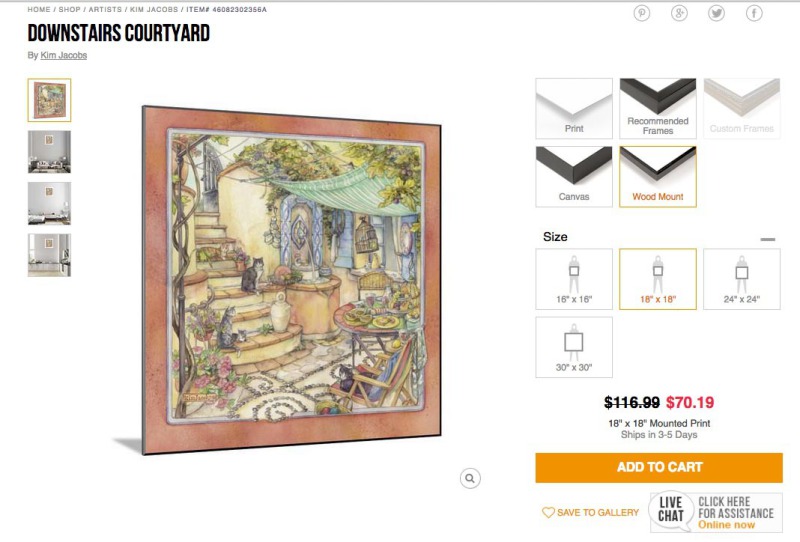 Prints of over 250 Kim Jacobs images - order them mounted, matted framed to your liking! 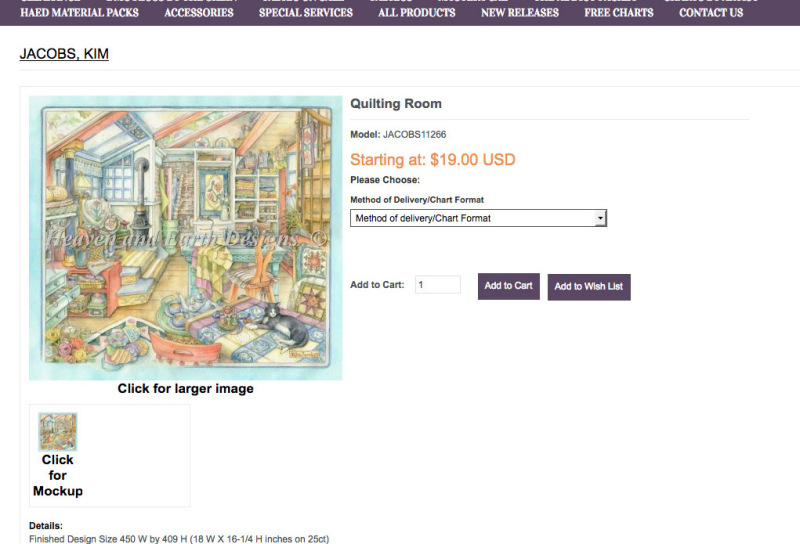 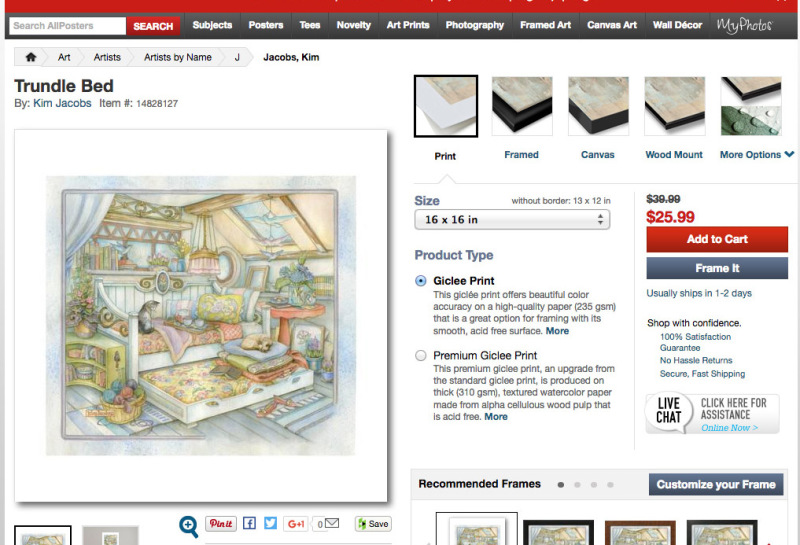 Another site for posters and prints! 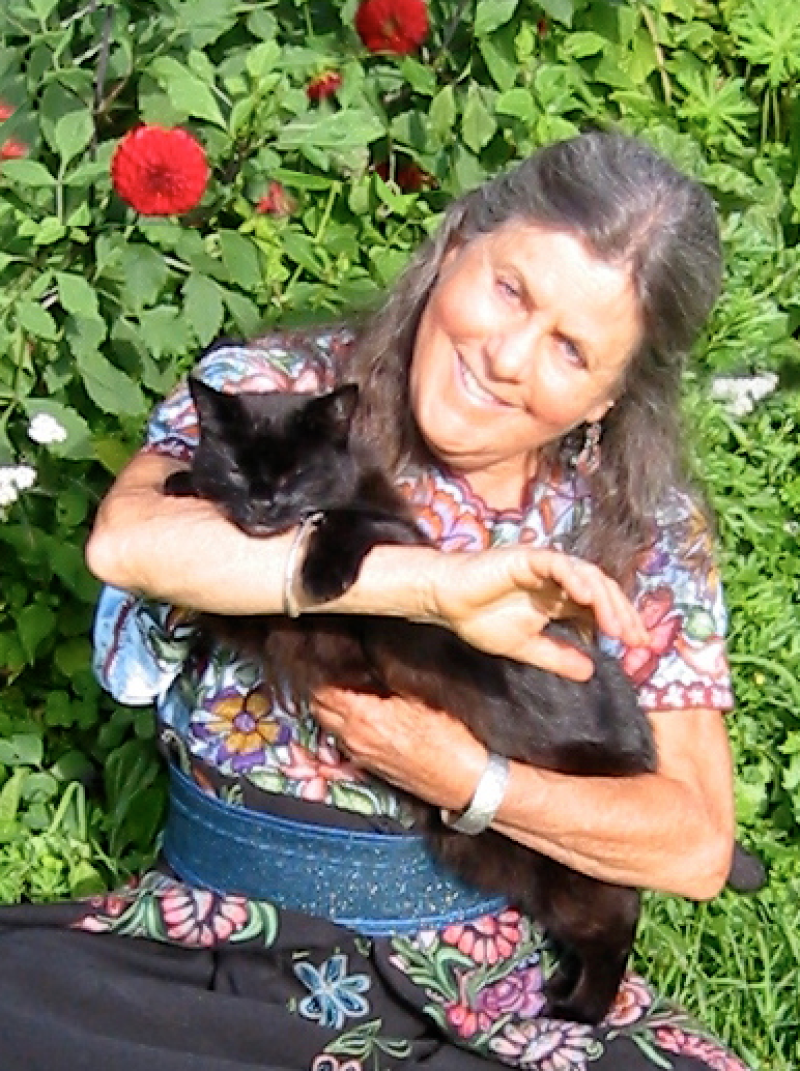 Kim Jacobs began her illustration journey fascinated by early children’s book and fairy tale illustrators such as Edmund Dulac, Arthur Rackham, and Howard Pyle, and the beautiful watercolors of Swedish artist Carl Larsson. Training herself as a painter, Kim gained insight into color and composition from the Dutch masters of her ancestral home, and practiced by drawing figures from Michelangelo’s Sistine Chapel.

While still in college, Kim began her professional career with her illustration of numerous stories for early childhood education. Initially working towards fulfilling a childhood dream of illustrating fairy and folk tales, the opportunity arose to begin illustrating for greeting cards in 1982 and after great success and expansion into a wide range of other products in the stationery, gift and toy fields, she began the pieces for her first Cobblestone Way calendar for the year 1990. A tradition was born which has consumed most of her illustration energies since. The Cobblestone Way is celebrating its 29th year in publication with plans for a 30 year celebration coming up soon!

From the very beginning, each month’s painting, as well as all of Kim’s illustrations, were founded in Kim’s love of creation and her fascination with worlds in transformation- from soil to garden, infant to adult, blank paper to colorful composition. She has drawn inspiration from many diverse sources such as art, literature, dreams, fantasies and from her own extensive travels, blending all together to portray unique places that exist nowhere and anywhere.

Kim grew up in the wonderful world of coastal California, and there she met her soul mate Bob. Together they began a journey in search of their shared dream of a country homestead. But no matter where Kim has found herself from the beautiful mid-coast of California, to a wild river valley in Oregon and finally to the far coast of Maine where they have been settled on 140 acres of fields and forest, in a home powered by the sun for the last twenty years, her paintings have continued to reflect her surroundings as well as the detailed worlds of her imagination.

Kim began putting her ideas into words, complimenting her artwork in books, on the joys and lessons of sharing her cottage world with cats in Cottage Cats, My Companions on the Path to Joy,  on the importance of friends in Glad You're My Friend, and in the verses of a set of ABC flash cards that she illustrated in her new tissue paper collage style.

Kim has now come full circle, fulfilling her initial desire to illustrate children's books with - Princess Sophie and the Six Swans, A Tale from the Brothers Grimm - both retold and illustrated by Kim was released in March 2017.  Also with Wisdom Tales Press, Princess Rosie's Rainbows, illustrated by Kim and written by the indomitable Bette Killion in her 90th year, published in October 2015.

Kim says of her work, “if in ‘visiting’ these places I’ve created in my paintings, even one person experiences a bit of joy or peace, or a stirring of their own imagination toward creating a bit of beauty for themselves, I can feel that I’ve achieved something worthwhile."